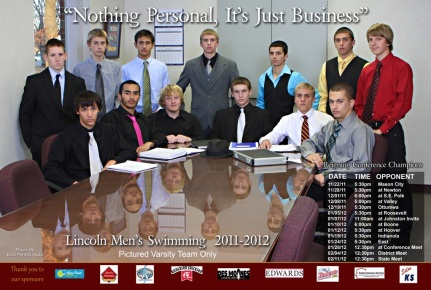 The men’s team went to Newton on Monday (11/28), where they took care of business against the Cardinals. The meet was even more intense than their first one. The Rails and Newton traded victories and races all evening, leading to a tie going into the last relay. The team that took first was going to win. And the Rails did it! By taking first and third – they sealed the victory, bringing the team to a 2-0 record. With a victory this close – there were several great swims. A few include:

The Rails now look ahead to the double-dual against Carroll and S.E. Polk at S.E. Polk on Thursday (12/1). Winning against these two teams will be even tougher than the first two – but the Rails are aiming for a 4-0 record. Come out to S.E. Polk, wear your FAN SHIRTS, and cheer on the Rails!